Dancing with the trend: http://stockcharts.com/articles/dancing/

http://www.investopedia.com/articles/forex/08/rsi-rollercoaster.asp  how to trade with RSI

Failure swings are independent of price action. In other words, failure swings focus solely on RSI for signals and ignore the concept of divergences.

A bullish failure swing forms when RSI moves below 30 (oversold), bounces above 30, pulls back, holds above 30 and then breaks its prior high. It is basically a move to oversold levels and then a higher low above oversold levels.

A bearish failure swing forms when RSI moves above 70, pulls back, bounces, fails to exceed 70 and then breaks its prior low. It is basically a move to overbought levels and then a lower high below overbought levels.

make sure you recognize the failure-swing points and confirm the potential breakout.

In the left figure, entitled “Failure Swing: Top,” the high tops out at slightly above the 70 level and then falls off to about 60, which is known as the fail point. Rising again, the RSI value falls short of the 70 mark and thus results in a failure swing, and, as the value then reaches the fail point again, it is known as the failure-swing point, and the sell trigger is pulled. “Failure Swing: Bottom” shows us the exact opposite as the low of 30 is not exceeded after a fail point is established at about the 40 mark. The failure-swing point is established and the buy signal is in place at or about the 40 value.

The default look-back period for RSI is 14, but this can be lowered to increase sensitivity or raised to decrease sensitivity. 10-day RSI is more likely to reach overbought or oversold levels than 20-day RSI. The look-back parameters also depend on a security’s volatility. 14-day RSI for internet retailer Amazon (AMZN) is more likely to become overbought or oversold than 14-day RSI for Duke Energy (DUK), a utility.

An example for SPY in recent 5 years: Because the MACD is unbounded, it is not particularly useful for identifying overbought and oversold levels.

W-Bottoms were part of Arthur Merrill’s work that identified 16 patterns with a basic W shape. Bollinger uses these various W patterns with Bollinger Bands to identify W-Bottoms. A “W-Bottom” forms in a downtrend and involves two reaction lows. In particular, Bollinger looks for W-Bottoms where the second low is lower than the first, but holds above the lower band. There are four steps to confirm a W-Bottom with Bollinger Bands. First, a reaction low forms. This low is usually, but not always, below the lower band. Second, there is a bounce towards the middle band. Third, there is a new price low in the security. This low holds above the lower band. The ability to hold above the lower band on the test shows less weakness on the last decline. Fourth, the pattern is confirmed with a strong move off the second low and a resistance break.

In its most basic form, an M-Top is similar to a double top. However, the reaction highs are not always equal. The first high can be higher or lower than the second high. Bollinger suggests looking for signs of non-confirmation when a security is making new highs. This is basically the opposite of the W-Bottom. A non-confirmation occurs with three steps. First, a security forges a reaction high above the upper band. Second, there is a pullback towards the middle band. Third, prices move above the prior high, but fail to reach the upper band. This is a warning sign. The inability of the second reaction high to reach the upper band shows waning momentum, which can foreshadow a trend reversal. Final confirmation comes with a support break or bearish indicator signal.

The BandWidth indicator can be used to identify the Bollinger Band Squeeze. This alerts chartists to prepare for a move, but direction depends on the subsequent band break. A Squeeze and break above the upper band is bullish, while a Squeeze and break below the lower band is bearish. Be careful for head-fakes though. Sometimes the first break fails to hold as prices reverse the other way. Strong breaks hold and seldom look back. An upside breakout followed by an immediate pullback should serve as a warning.

http://www.investopedia.com/articles/active-trading/010915/use-weekly-stochastics-time-market-effectively.asp： together with fibonacci retracement and EMA

Over the years many have written articles exploring the “tweaking” of this indicator, but new investors should concentrate on the basics of stochastics.

Developed by Donald Lambert, the Commodity Channel Index (CCI) is a momentum oscillator that can be used to identify a new trend or warn of extreme conditions. This strategy uses weekly CCI to dictate the trading bias when it surges above +100 or plunges below -100, which are key levels noted by Lambert. Once the trading bias is set, daily CCI is used to generate trading signals when it reaches its extremes.

Dips below -100 are deemed oversold and moves back above -100 signal the start of an oversold bounce (green dotted line). The upper band tag and breakout started the uptrend. CCI then identified tradable pullbacks with dips below -100. This is an example of combining Bollinger Bands with a momentum oscillator for trading signals.

the 10-period Commodity Channel Index (CCI) was used to identify short-term overbought situations. A move above +100 is overbought. A move back below +100 signals a resumption of the downtrend (red arrows). This system triggered two good signals in early 2010.

Use CCI together with BB bands:

Chart 7 shows Monsanto (MON) with a walk down the lower band. The stock broke down in January with a support break and closed below the lower band. From mid January until early May, Monsanto closed below the lower band at least five times. Notice that the stock did not close above the upper band once during this period.  As such, the 10-period Commodity Channel Index (CCI) was used to identify short-term overbought situations. A move above +100 is overbought. A move back below +100 signals a resumption of the downtrend (red arrows). This system triggered two good signals in early 2010.

When accumulation and distribution are down means we’re in trending phase.

When accumulation is up, distribution is down, it’s a bottoming phase.

When accumulation is down, distribution is up, it’s the topping phase. 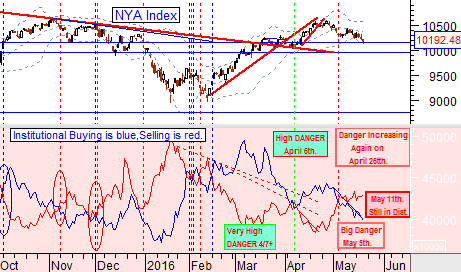 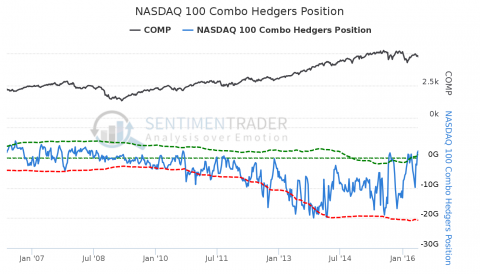 How I use the chart:

I don’t care what’s the logic behind the chart. I found it works in the following two cases:

@ The Power of Microeconomics: Economic Principles in the Real World – UC,
Irvine
https://www.coursera.org/learn/principles-of-microeconomics